Veloviewer offers a great way to see the event course profile in greater detail and can be zoomed in to refine tactics for the final sprint, for example.

Once you know the types of effort required for your goal event, you will be much better equipped on race day when you train towards the specific efforts required.

For example, if you were training towards a mountain Gran Fondo that would take around 9 hours to complete, you would need to work towards lengthening out your longest ride. If you were training towards a 5 mile Time Trial; you would need a strong focus towards improving your Vo2max. Obvious stuff, but if not considered carefully, then large areas of performance could be missed. The basics need to be right before working on more specific areas.

Often, it’s not as important to look at power during an event. Even though it’s a different case in an event like a Time Trial. But it is super important to record power to identify the power demands of the event for a future Annual Training Plan (ATP), as these are the demands that training is based from.

Your post activity comments will be considered. If it is an event that happened before the start of a Coaching Package; a description from you of what happened tactically is useful, describing things like: chasing back on the peloton, in break, size of group, wind speed and direction etc.

This is the time to explore what training is needed to improve at any given event, by gaining a greater understanding of what power durations where used as well and how much recovery there was in between efforts that in most cases, will be out of your control. The aim is to train these efforts within similar recovery times and intensities, so this puts you in greater control of your next race.

In order to set accurate and relevant goals for within your goal event that are challenging and realistic; first of all the demands of the event must be identified.

This can be done by a CPT Cycling Coach, either looking at the same event you may have completed in a previous season, or from another athlete in the CPT Cycling data pool who has completed the same event. If neither are available, then a Best Bike Split race plan can be formed to identify the power demands of the event.

An example of a Best Bike Split Power Plan with planned power shown in bars.

Once there is a Best Bike Split plan or a previous event power file, a projected higher average power or FTP that will be the goal in training leading up to the final weeks before the goal event can be considered and entered into the Best Bike Split plan. This can be done for the power file too and then key power durations that are used throughout the event can be seen.

The average power for the entire ride can be used as the first event goal. By using the Best Bike Split Time Analysis tool for the same average power, drag coefficient score measured in Cda can be increased to see what difference riding in a group can make. This can then be used to identify a goal time.

The power duration for the whole event can then be a general training goals to work up to this basic level of endurance and intensity, increased in the Base phases and maintained in the Build phases of training. 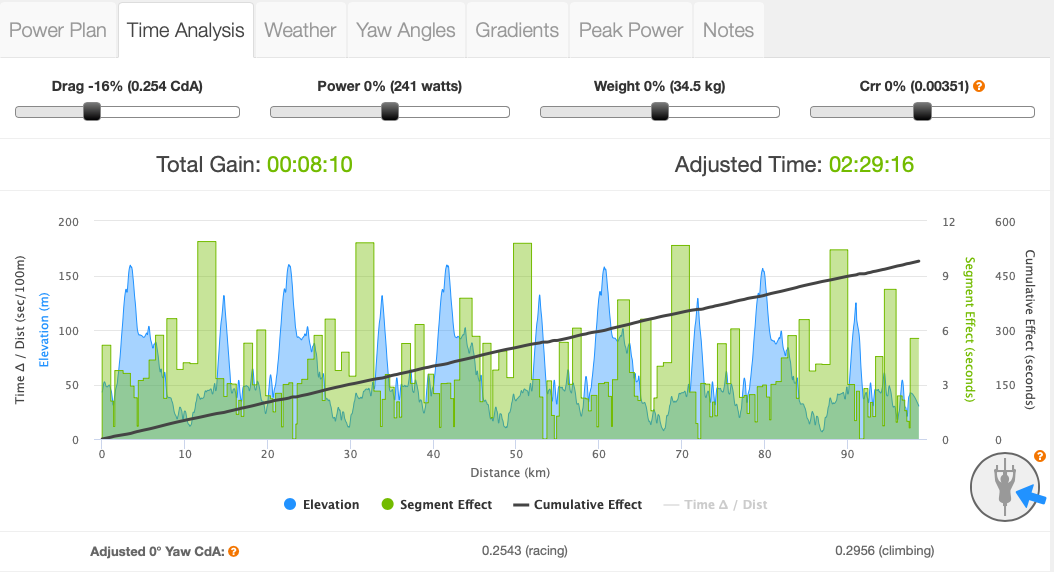 These goals focus more on the power durations within the event for key points of the race. For example, in a Mountain Gran Fondo, that can be broken down into the power duration for each long climb. In a criterium it could be how many matches are burned, accelerating out of tight turns. For a road race sprinter, this can be how much sprint power is required after several hours of hard racing.

Specific training goals can be a particular workouts that focus on similar power durations to mountain climbs, anaerobic intervals for similar length that are produced the most in a particular criterium with similarly restricted recovery time between these efforts to the event, based on recovery time and intensity (normally both of those factors are very small for a criterium), or adding a sprint at the end of a long and hard interval workout or group ride. 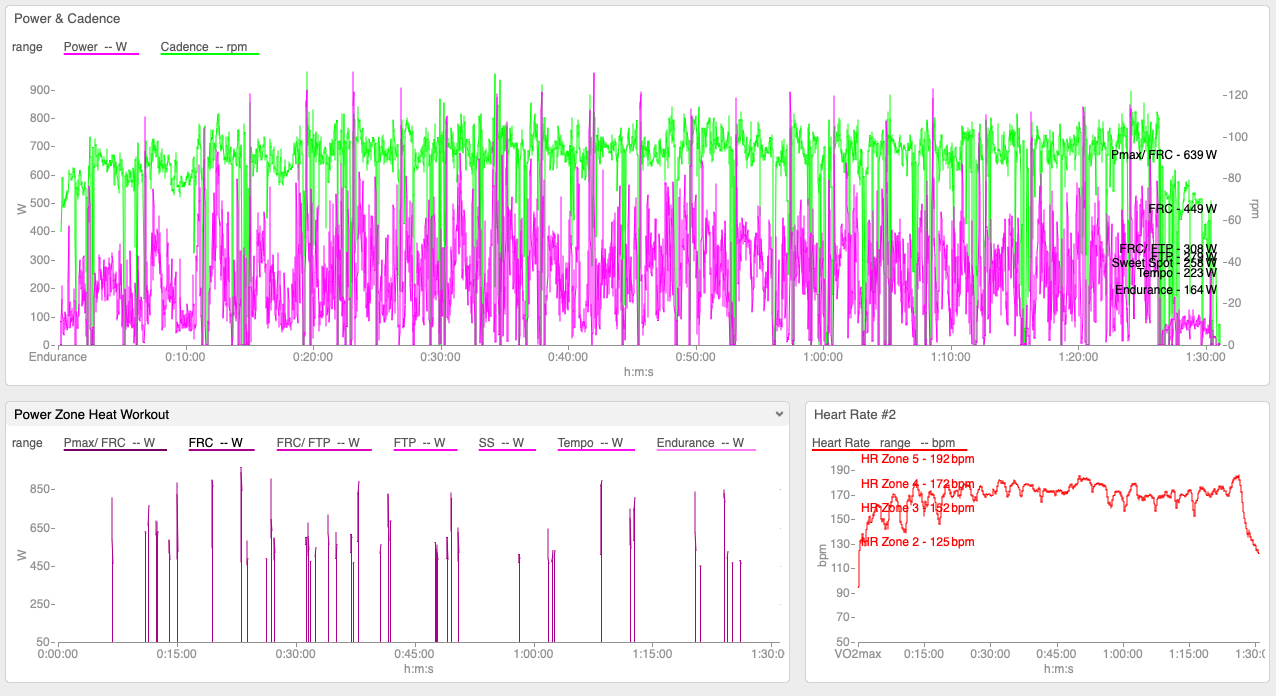 A power file from a criterium with the points that power zone 6 (FRC) was used, highlighted in the bottom left.

Specific training goals can also be power output values as a result of these specific workouts or any other training rides or build up races. For example, training for 5x mountain pass climbs of around 30 minutes each; the training goal can be to work up to a power for that 30 minutes duration after however many KJ of work you are likely to have put in after 4x 30 minute climbs based on your weight and historical power data.

If it has been identified that the majority of matches burned in your goal criterium event are in Power zone 6 or Functional Reserve Capacity (FRC). This can be identified by how many KJ were used in this power zone during the event and this can form another key training goal.

The entire race power duration can be used in seeing how many KJ of work are likely to be required in a goal road race. The sprint for the finish line will happen when you are far from fresh. Knowing just how fatigued you will likely be for the sprint is key as this can be trained towards, giving a distinct advantage for the race. Historical power data, again helps by viewing mean max power (MMP) from the past and with seperate MMP after the amount of KJ that will likely be used in the chosen goal road race will show the drop off in peak power from a 10 second sprint while fresh, compared to a 10 second sprint after specific KJ used. This can be another specific goal and can also be tracked through the season. 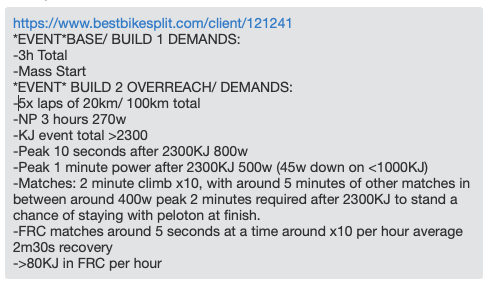 Once your coach has worked with you to establish these goals, you can start training knowing you have the optimal plan build towards your goal event.